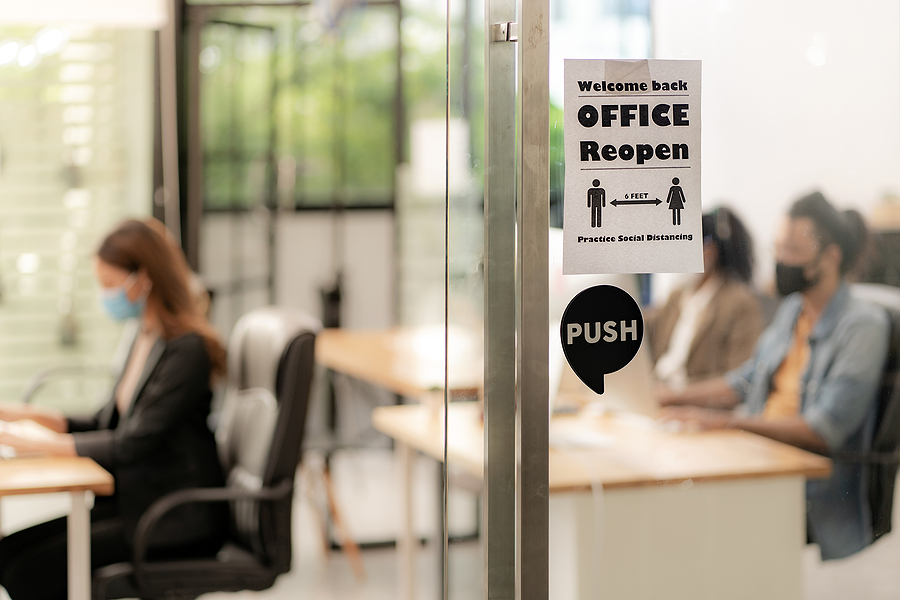 American workers are looking to employers to mitigate their return-to-work concerns. According to a survey by Randstad USA, almost three-fourths (73%) of Americans are concerned about workplace safety standards and cleanliness as protection against COVID-19.

The Next Normal survey revealed that respondents are largely concerned with factors outside of their control when returning to the office, such as the behavior of their coworkers (34%) and uncertainty regarding the vaccination status of their colleagues (23%). Over one in three respondents (38%) noted they would like to see their employer require proof of vaccination before reopening their workplace.

The survey also found that U.S. workers are expecting benefits such as flexible hours (23.8%) and childcare benefits (20%). Working from home during the pandemic was favorable for the majority of respondents, with 62% saying they did not miss the office even though they did miss daily interaction with colleagues. The vast majority (81%) also believe they are as or more productive as they were prior to the pandemic.

Luckily for employers, almost three-quarters (73%) said they will not look for a new job if their boss mandates a return to the office. This could alleviate pressure to juggle these new priorities alongside recruitment and retention challenges that already exist, according to Karen Fichuk, CEO of Randstad North America. “After the uncertainty they’ve experienced over the last 18 months, American workers are signifying they are still counting on their employers for stability and workplace safety,” she said.

Health Plan Premium Surcharges for Unvaccinated Employees: Are They Legal? Do They Work?

70% of Companies Plan to Bring Employees Back to the Office This Year, Reports LaSalle Network

ABOUT US
Your source for staffing industry intelligence. Find the latest interviews, insights, and analysis at StaffingHub.
Contact us: press@staffinghub.com
FOLLOW US
© Copyright 2021 - StaffingHub
Share This
MORE STORIES
Hiring