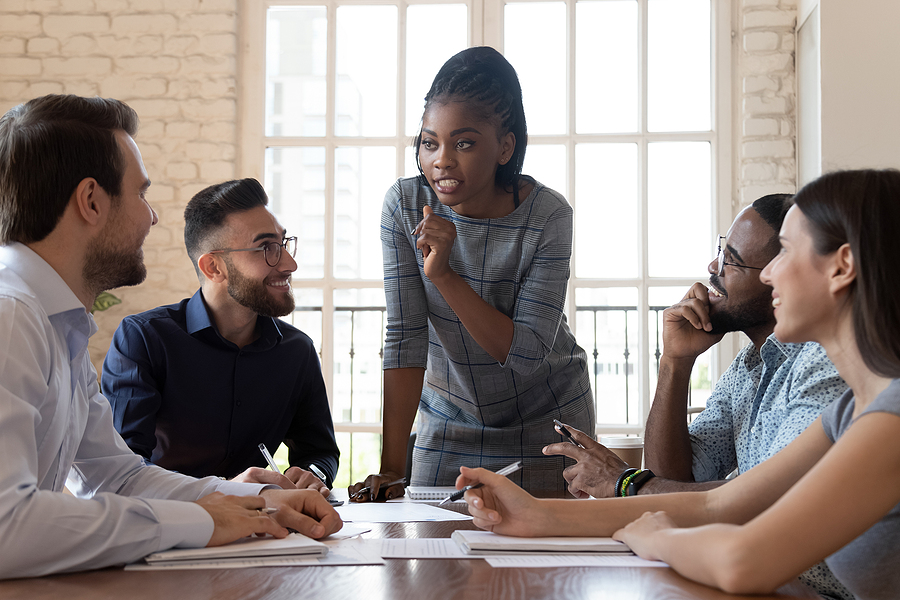 Glassdoor recently added an option for employee reviewers to rate their employers’ D&I performance. This rating — paired with anonymous employee data on race and ethnicity, gender identity, sexual orientation, and more — provided Glassdoor with insights into how workers in different demographic groups feel about their employers’ D&I efforts.

It’s important to note that Glassdoor’s report focused on the race and ethnicity of employee reviewers, rather than other aspects of workplace diversity like age, gender, and sexual orientation.

The average individual employee D&I rating from Glassdoor’s sample was 3.73 out of 5 stars. That’s higher than the average rating for any other workplace culture factors in the sample, and it even surpasses the overall average Glassdoor company rating of 3.63.

However, breaking down the data by race and ethnicity tells a different story. Although the average D&I rating from white employees (3.74) is nearly the same as that of the overall sample, the average rating from Black/African-American employees was notably lower at 3.49.

Many other racial and ethnic groups, on the other hand, averaged a higher D&I rating:

The results indicate that Black workers, in particular, are less likely to feel positive about their companies’ D&I performance.

From 2019 to early 2021, the gap between the D&I sentiment of Black employees and that of all other employees grew from 0.2 stars to 0.6 stars. (Glassdoor allows employees to rate previous employers up to five years in the past.) This trend is surprising and troubling, given that more companies were investing in D&I programs during this timeframe.

Looking at the data by industry, a similar pattern emerged — across job categories, Black workers were, on average, less satisfied with company D&I efforts than their white colleagues, while Asian and Hispanic workers were generally more so.

Industries with the highest levels of overall satisfaction included education (average rating of 4.01), government (3.98), and travel and tourism (3.92). Media and business services had the smallest gaps between the D&I perception of Black workers and all other racial/ethnic groups. Media was also the only industry in which Black employees rated workplace D&I performance higher than other employees.

The average rating doesn’t show the distribution of ratings, however. In retail, for example, Asian, Hispanic, and Black workers were more likely to give their employers a rating of 1 out of 5 stars than white workers.

Next steps for employers

To avoid these blind spots and ensure their D&I initiatives thrive, employers must increase their efforts to understand the views and experiences of the marginalized groups within their organization.

AMS Partners with WayUp to Offer Clients Exclusive Access to a Robust Source of...

ABOUT US
Your source for staffing industry intelligence. Find the latest interviews, insights, and analysis at StaffingHub.
Contact us: press@staffinghub.com
FOLLOW US
© Copyright 2021 - StaffingHub
Share This
MORE STORIES
What Employees Want