Home Gig Work 16% of Americans Have Done Gig Work Via an Online Platform, Most...

The gig economy continues to be an attractive option for U.S. workers looking to earn money on a flexible schedule. According to a recent survey by the Pew Research Center, 16% of Americans have earned money through an online gig platform. Most of them say it was a positive experience.

The State of Gig Work in 2021 surveyed more than 10,000 adults about their experiences providing gig services such as grocery shopping/delivery, driving for a ride-hailing app, and cleaning houses. Among current or recent gig platform workers, (31%) indicated it was their main job over the past year. For those with lower incomes, the number was 42%.

The largest percentage (41%) of gig workers spend less than 10 hours per week doing such work, 29% spend 10 to 30 hours, and 8% spend more than 30 hours. The most popular reason for gig work is the desire to save up extra money (56%), closely followed by the need to cover gaps and changes in income (52%) and the desire to control their schedule (49%). The majority (58%) of gig workers say that money earned via these jobs has been important or essential to cover their basic needs throughout the past year.

Most gig workers (64%) say companies have been fair with their pay, but only half feel the same way about their benefits. And, while the large majority (94%) of U.S. adults see gig jobs as a good way to earn extra money, significantly less see them as a good way to make a living (50%) or build a career (31%).

The Number of High-End Independent Workers Surged in 2021 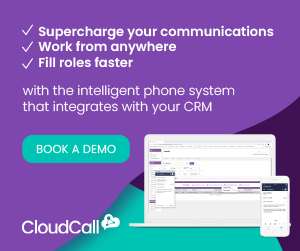 ABOUT US
Your source for staffing industry intelligence. Find the latest interviews, insights, and analysis at StaffingHub.
Contact us: press@staffinghub.com
FOLLOW US
© Copyright 2022 - StaffingHub
Share This
MORE STORIES
Press Releases