The Covid-19 pandemic has shed light on parts of our daily life that had been previously taken for granted. We know now this critical truth: without our hourly workers, our country would come to a standstill. They are the backbone of the economy, with many of them filling the essential jobs that kept our country running during quarantines and “safer-at-home” orders. They are the warehouse workers, retail clerks, and food delivery servers that ensured our shelves were stocked and our cities were functional.

We also know they’re not getting their fair share. An analysis by the Economic Policy Institute shows that over a 40-year period between 1979 and 2020, productivity in the United States (how much total economy-wide income was generated) rose 61.8%, but hourly pay rose just 17.5%. In short, our productivity saw tremendous growth but it was done on the backs of hourly workers.

If not for the pandemic and the upheaval it brought, this might not have changed. But the pressures of working under pandemic conditions, coupled with recent high inflation rates that have outpaced wage growth, have driven a sea of change in our working population. This manifested in the much-talked about Great Resignation, referring to the estimated 33 million Americans who have quit their jobs since spring 2021.

While those numbers are huge, the phrase is misleading at best. Many of these workers aren’t leaving the workforce for good. Instead, they are re-evaluating what they want out of employment and seeking out those qualities in their employer – more of a Great Reshuffle than a Great Resignation. A recent survey of over 1500 Instawork users found that top two reasons people look to flexible work apps are a desire to have a say when they work and higher pay, with 70% of respondents saying they wouldn’t work for less than $15 per hour, which is about double the current federal minimum wage of $7.25.

Hourly workers comprise 60% of the American workforce. They are the majority of our country’s workers, and they now know their worth, with many showing they are willing to wait for work that compensates them fairly. Employers who want to find and keep shift workers are going to have to pay a higher wage. Seeing the future, Amazon made headlines around the world when it raised its average starting wage to more than $18 per hour in the United States last fall. Hopefully many other employers will be smart enough to follow their lead. It’s telling that Amazon’s wage hike is the same average wage as what workers find when they connect with local businesses through the Instawork platform.

Those that decry wage increases as nothing more than bad economics that will only squeeze consumers’ wallets may be missing the important benefits of a higher wage. Hourly work is more readily accessible to young people and those for whom college isn’t a choice, whether due to skyrocketing tuition increases, competing obligations, or simply because they are skeptical of its short and long term benefits. Fair compensation provides a compelling and attractive entry point for new workers, a sustainable career path for experienced workers, and a more stable workforce for employers.

Making hourly work more desirable through better compensation attracts and keeps good workers, but it also is an important step to solving our ongoing housing crisis. Many of our essential workers are being squeezed from both sides. They can’t work remotely and have been priced out of their local housing markets, driving an even greater incentive to quit. A recent Washington Post survey revealed that about 7 in 10 Washington D.C. residents say it is difficult to afford housing in their neighborhoods – and that if they had to move from their current home, it would be very difficult to pay rent elsewhere in their area.

If you can’t afford to live where you work, it’s going to make you much more likely to leave your job. To put it another way, fair wages help keep our cities full of motivated workers who have a reason to stay.

Make no mistake: we are at a tipping point with how we compensate our hourly workers. The status quo is no longer sustainable. We need hourly workers to be fairly compensated now. If our policy makers aren’t ready to formalize this with a new federal minimum wage, then it’s up to businesses to lead the way. Those that don’t lead the way may find themselves left behind. 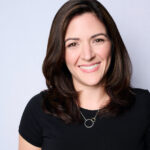 Kira Caban leads Instawork’s Future of Work initiatives and heads up their global communications. Her insights have been leveraged by CBS News, CBS Mornings, Fox News, and others. She has worked with some of the nation’s leading brands and thought leaders to discuss and provide technology-driven resolutions to the industry’s most pressing challenges. 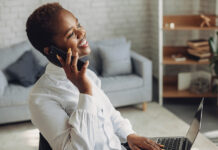 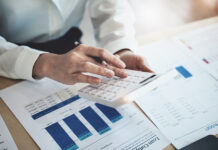 Jobs-to-Budget Ratio – What Is It and How Does It Work? 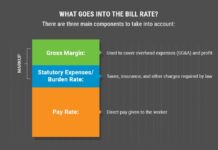 5 Ways to Compete for Business Without Sacrificing Profits

myHRcounsel Partners With AkkenCloud to Provide Ondemand HR Advice and Compliance for Staffing and...

Amidst Ongoing Inflationary Pressures and Looming Concerns of a Recession, New Data Reveals Most...

ABOUT US
Your source for staffing industry intelligence. Find the latest interviews, insights, and analysis at StaffingHub.
Contact us: press@staffinghub.com
FOLLOW US
© Copyright 2022 - StaffingHub
Share This
MORE STORIES