Home News For Both Employers and Job Seekers, 2020 Was the Year of the...

Ghosting, or the act of suddenly ceasing communication with another party, made a challenging year for employment even more difficult. And the problem appears to be growing.

It’s also not just job candidates who ghost — employers are ghosting job seekers at an alarming rate. So Indeed conducted a survey to find out how this workplace trend evolved over the past year and why it’s on the rise.

Phantoms on all sides

Nearly 30% of job seekers admitted to ghosting employers over the past year, jumping from 18% in 2019. But they’ve also been on the receiving end, with 77% of job seekers reporting that employers ghosted them.

Employers shared a similar experience — 76% had candidates vanish on them in 2020, and 73% confessed to ghosting prospective employees.

Both prospective employees and employers experienced ghosting at all stages of the hiring process — from the phone screening to the interview and even after making or accepting an offer. A quarter of employers reported employee no-shows on the first day of work, and 10% of new hires had employers ghost them after a verbal job offer.

For job seekers and employers alike, ghosting is now a normal part of the hiring process. And the issue seems to have become more prevalent within the last year, with many employers reporting a higher frequency of this behavior from job seekers (57%) and employers (46%). Employees are seeing it more, too — 48% feel that their fellow job seekers are ghosting more often, and 51% believe the same about employers.

The rise of this problem aligns with the onset of the pandemic, yet only 4% of employees cite the pandemic as a reason for their ghosting behavior in 2020.

Though the pandemic itself might not be the primary cause, the resulting economic challenges could have something to do with it. With high unemployment rates, more people are applying for more jobs, and it can be difficult for employers to keep up. Many companies and job seekers have also had to adjust to a completely remote hiring process.

Employees shared a few of their most common reasons for ghosting an employer, but these reasons were significantly less common than they were in 2019:

Because reasons for ghosting can vary so widely and seem to change vastly from year to year, it’s difficult to tackle the problem at its source. But employers are taking steps to protect themselves, and candidates are becoming more aware of the negative consequences.

The majority of employers (93%) are now keeping track of ghosters, including recording job seekers who stop responding (26%), don’t show up for interviews (35%), and vanish on their first day of work (33%).

Eight in 10 employers feel that ghosting hurts candidate careers and job searches. And job seekers can attest to that — 54% experienced repercussions after ghosting an employer, up from a mere 6% in 2019.

But the surge in ghosting incidents may also indicate deficiencies in communication, transparency, and engagement. So improving the recruiter-candidate relationship should help put an end to the vanishing act. 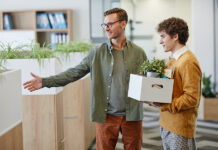 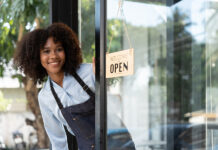