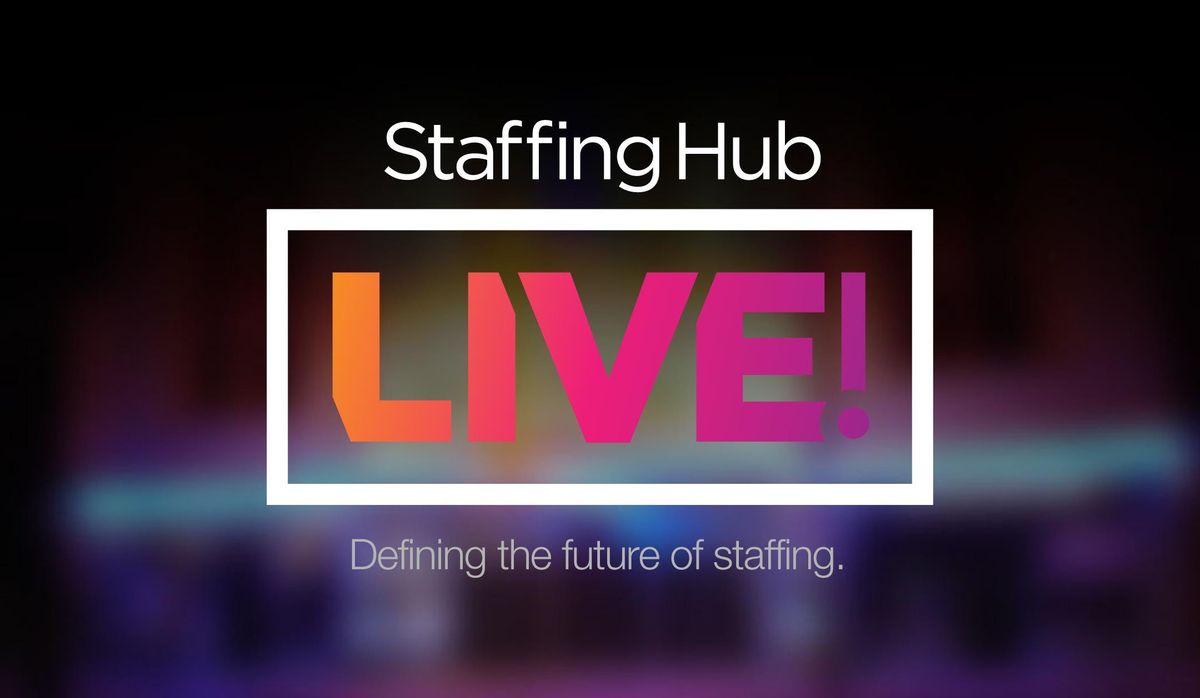 In a survey of last year’s attendees, over 85% plan to join StaffingHub Live in 2020. One staffing executive described the event as an “intimate gathering of industry experts and veterans that fosters great one-on-one interaction on best practices to grow your business.” Another said, “Phenomenal event – truly, one of the best I have had the fortune of attending.”

Last year’s inaugural event brought together staffing executives to take in the talks and conversations that are now streaming.

Keynote Mary Lucas of Supplemental Health Care gave a moving opening session about what she learned from her father and from a lifetime spent in the staffing industry. She talks about the importance of making genuine connections and shares her recipe for ‘Comeback Sauce.’

“The essence of comeback sauce is: make a lasting impression,” says Lucas. “When you leave someone, make sure they’re a little better off because of their connection with you. And if you can do that, they’ll come back. You’ll build a legacy of people who want to work with you.” After her keynote, Lucas signed copies of the book her talk was based on, Lunchmeat & Life Lessons: Sharing a Butcher’s Wisdom.

During the popular How to Scale Your Business: Hiring & Promoting panel, Jeff Bowling of The Delta Companies, Jeff Harris of the ettain group, Joel Leege of Randstad Technologies US, Lisa Maxwell of Gerard Stewart, and Joyce Russell of Adecco Group US Foundation gave a master class on growth strategies.

Participants took a break from learning to give back at the charity dinner, which was a fundraiser for Team Rubicon, a nonprofit that taps the skills of experienced military veterans to rapidly deploy emergency response teams to areas in need. Lead singer of The Samples, Sean Kelly, took the stage to perform a moving set — he even got attendees to sing along with him.

And in the rousing closing keynote, Jake Wood, Founder of Team Rubicon, delved into the deep questions that drive true leaders.

Wood frames his talk around a quote from the Greek philosopher Heraclitus, who said: “Out of every one hundred men that go into battle, ten shouldn’t even be there, eighty are nothing more than sheep, nine are the real fighters, and we are lucky to have them, for they make the battle. Ah, but the one, one is a warrior, and he will bring the others back.” He drills into how to be the One and how to find and lead the Nine.

“We’re still running on the energy of StaffingHub Live earlier this year and can’t wait for 2020,” said Caitlin Delohery, Editor in Chief of StaffingHub. “Our first event was a success, and we are looking forward to building on that momentum.”

To keep the event intimate, StaffingHub Live is invite-only. Staffing executives interested in attending can request an invite on our event website.

StaffingHub Live 2020 Postponed Due to COVID-19

Semi-Retirement Could Be Key to Slowing Employee Turnover