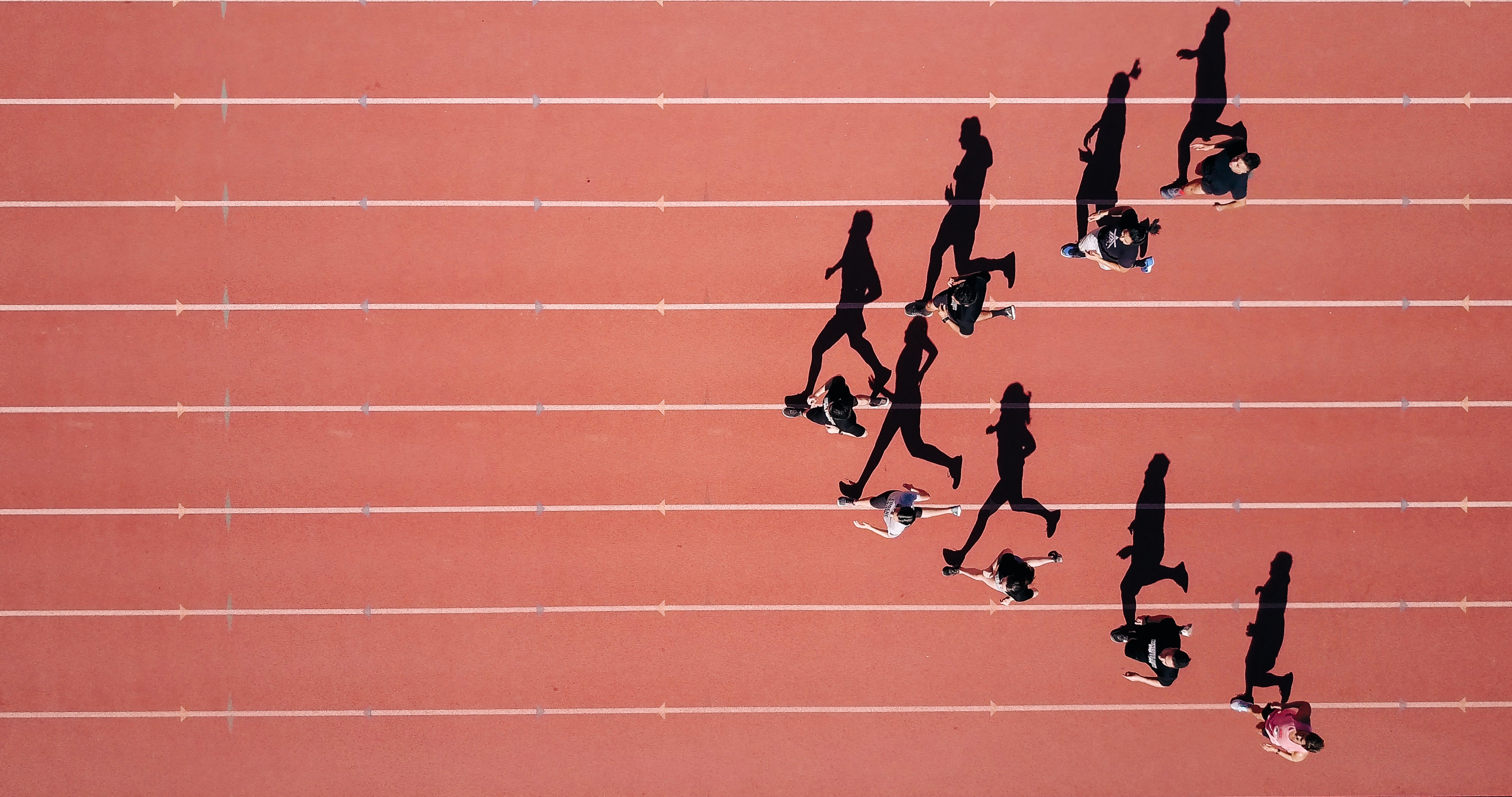 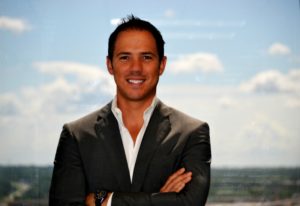 Focus Staff, one of SIA’s fastest-growing staffing firms, is a travel healthcare staffing agency based in Dallas, Texas. With an edgy approach toward recruiting professionals who value authenticity and versatility, the company has grown from humble origins to a thriving team of recruiters. We spoke with Kyle Rhodes, owner of Focus Staff, to see how they have embraced innovative solutions, taken risks, and adapted to their candidates’ needs.

Tell me a little bit about how Focus Staff got started.

When I was 23, fresh out of college, I knew I wanted to go into sales. I was introduced to the world of healthcare staffing through a company called Platinum Select.

I became a recruiter and pretty much hated my life the first year.I thought, what the hell did I get myself into? It was baptism by fire.

But I did exceptionally well my second year and became one of their top producers. Then, in 2008, it was sold to an unnamed company. There was a major culture rift and I just couldn’t stick around. So, I decided to start Focus Staff.

At that point, I knew the front end of staffing. I knew sales, I knew relationships. I told myself I could figure out the remainder. It was very naïve, but I think a lot of entrepreneurs are both naïve and arrogant, and that’s a great combination.

The timing was pretty bad to start a company because it was the Great Recession. In recruiting and staffing, cash is king. I had none, and nobody would give me any, so that was a significant hurdle. But eventually, we got the plan off the ground. It was pretty stifled growth for the first three years, but it’s been astronomical since 2011 or 2012.

What were the main factors that contributed to the accelerating growth?

It was a mix of factors. Externally, the economy rebounded. Internally, my recruiters got more experienced, and that snowballed. I was also hiring more and more aggressively.

Then, in 2013, I got tired of making every decision on my own. I recruited my former boss, the CEO of Platinum Select, to come partner with me. His knowledge and expertise helped Focus Staff immensely. He gave me a tremendous amount of confidence to double down and take risks. He’d been there before.

Were there any major tactical changes, or changes in day-to-day operations, when that partnership started?

Back in 2011 or 2012, it was still gorilla warfare. We were fighting with machetes. We were not sophisticated. We were just working harder, with more people.

What are some of the biggest challenges you face now?

Oh man. I categorize challenges as being internal or external. They’re more magnified internally. The main thing is getting the right people in the right places. Finding that new salesperson to come in, driving them, and satisfying them. Retain your team. Maximize their potential. Manage them. Coach them.

The people working for you are the motor. The challenge of working with your team effectively hasn’t changed from the inception of this industry.

Externally, technology has certainly changed the landscape of what we do. Consolidation has too.

It used to be the Wild West — we could just call and talk to decision-makers at hospitals. There’s been a hyper-consolidation of hospitals, and it changes who we go through. That’s a challenge and a benefit at the same time.

What are some of the ways redefining your hiring process has helped with breaking in more talented salespeople?

We don’t ask traditional interview questions. Instead, we hold a happy hour in the office. We invite a couple dozen potential hires, pour some drinks, and start talking. It’s loose and informal, and it’s fun. When you’ve got 30 people in a room together, you can see who really shines out of the group.

They’re interviewing us, too, and they can see what our office is like day-to-day over a cold beer. And our physical workspace looks dramatically different than your standard office. It’s like Silicon Valley in Dallas, or a creative ad agency.

How do you manage changes in technology and the industry? What tools have you adopted that have helped growth?

Right now we’re on the front stage of a huge tech and rebrand and marketing exploration. I expect we’ll get a lot of ROI out of it.

We transitioned ATS to a new sales force platform, and we went with a new marketing firm to rebrand and overhaul our website. Everything in terms of technology, website, and social media has been overhauled and re-vamped or is now being re-evaluated.

It’s hard to know what will happen in five years. We don’t expect the tech that we have in place to have any type of threshold. It’s malleable — we expect to add on to it and to grow with us. Our top priority is scaling, and we choose technology that will scale with us.

Are there is any unique strategies or tools that you can tell us about?

You mean our special sauce? Well, I don’t know if anybody in staffing has a tremendous amount of special sauce.

It’s really all about service — not just smiles or a friendly voice on the other end of the phone. It’s adding value to the transaction of brokering employment. And it’s education, it’s onboarding, it’s transparency.

It’s helping candidates see as much as they can about a job before they make the decision to take that job.

The big change in our industry is we’re dealing with more educated and more informed healthcare professionals. They’re more discerning. They want to know 98% of everything before they make a decision to take a job. And they’re going to get that information because they demand it.

A while ago I joined some forums on Facebook, which was a good exercise but also a trainwreck. You can learn a lot, and you can also get frustrated at the same time. You get a lot of the raw feedback from healthcare professionals on what they want.

Healthcare professionals want more transparency. They don’t understand how staffing firms make money. They don’t believe that we add enough value to make that money. We need to show the value we offer, we need to create that value. That’s our goal.

How do you show that value?

We need to show them we’re finding jobs and also serving as an employment adviser. We’re not just taking your resume and throwing it against the wall.

We’re equipping you and making sure you’re getting the jobs that you should — and getting paid what you should. We’re showing you how to make the most of it as a traveler: do’s and don’ts, what assignments to select, lodging, taxes. And when you take a job, it’s our goal to help you figure out how to get the most of any city you’re visiting.

The big question: how do you think the industry will change in the next five years?

People are going to be making decisions based more on what their friends are saying and less on a brochure or a pitch. There’s going to be a lot more reliance on peer reviews and referrals.

I always compare what we do to real estate. In real estate, you used to rely on a broker to tell you about what houses were available, what the inside looked like, and if it would fit your tastes. Healthcare professionals want to be able to get that information first, online. They want to make their decision based on what they see on a website.

The interview, then, is essentially like a realtor opening up the door and letting you see the house. They’ve already pretty much made their decision. They’re just solidifying it at that point. I see more education, more transparency, and more socially informed decisions. 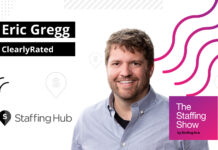 Eric Gregg, CEO and Co-Founder of ClearlyRated, on the Importance of Your Net Promoter Score 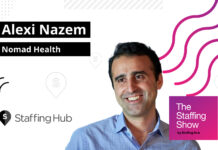 Alexi Nazem, Co-Founder and CEO at Nomad Health, on Technology’s Impact on the Staffing Industry 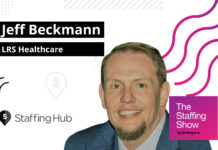 Jeff Beckmann, CFO of LRS Healthcare, on the Importance of Patience and Adaptability in Staffing

[Webinar] How Mobile-First Staffing Platforms Are Changing the Game for Agencies: Improving the Metrics...

ABOUT US
Your source for staffing industry intelligence. Find the latest interviews, insights, and analysis at StaffingHub.
Contact us: press@staffinghub.com
FOLLOW US
© Copyright 2022 - StaffingHub
Share This
MORE STORIES